Volumetric Curvature is a recent leading edge technology that can be used to map faults, fractures, folds, and stratigraphic features. By first estimating the volumetric dip and azimuth (Dip/Azimuth Semblance) for each sample, followed by curvature computation using adjacent dip and azimuth, a full 3D volume of curvature attributes is produced. There are many curvature attributes that can be computed but the most common are ‘Most Negative’ and ‘Most Positive’ since they tend to easily relate to geologic features.

Volumetric Curvature attributes are valuable in mapping faults, fractures, and folds in deformed strata. In addition, stratigraphic features such as karst collapse, altered dolomites, and channels appear to be well defined on curvature displays. 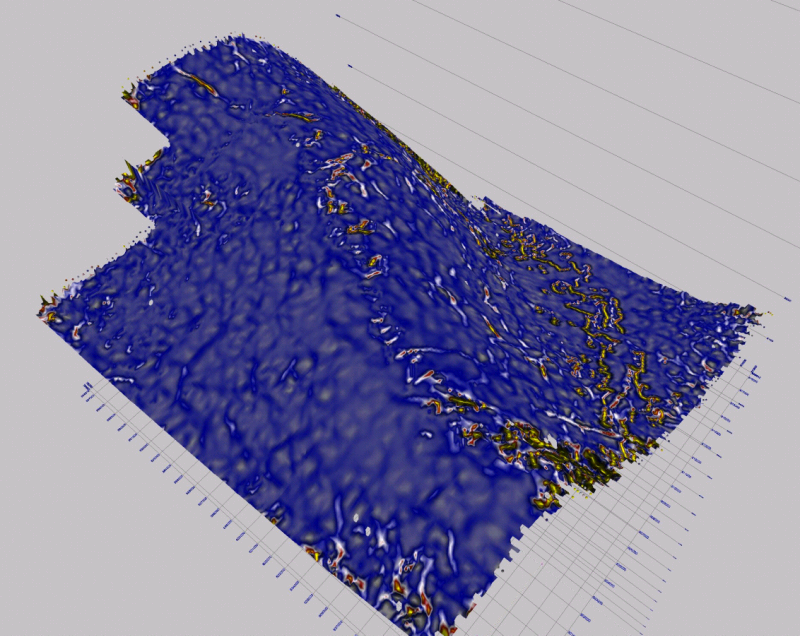 Volumetric Curvature on a horizon slice, using a wavenumber exponent=0.1,
a) ‘Most Positive’, b) ‘Most Negative’.